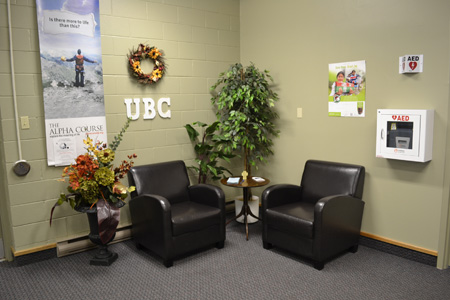 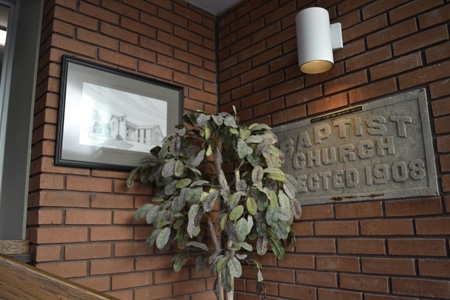 The story of Uxbridge Baptist Church continues to be one of vision and faith, of sacrifice and service, but above all, of men and women who have a true love for the Lord Jesus Christ and His work.

The first members of our Church were connected with Claremont Baptist Church. As time passed, those followers in-and-around the town of Uxbridge felt prompted to begin a new work in their own rural community. With only 17 members in attendance, this small group of Baptists formed a Church in 1857.

In 1860, the Church secured a location on Mechanic Street in Uxbridge on which they built a place of worship. However, by the turn of the century, the chapel had become too small and outdated for a membership of 139 attendees. In 1908, plans were drawn up to build a larger structure and on January 25, 1909, a new church on Brock St. was dedicated to the service of God. (It can still be seen across the street from Home Hardware).

The Lord continued to bless Uxbridge Baptist Church and increase its numbers; in the late 1950s, a lot was purchased at the corner of Balsam and Brock Streets to accommodate this growth. The sod-turning ceremony was held on Sunday, July 16, 1961, and the new building was officially opened on March 4th, 1962.

Within the next two decades, there became an increasing need to expand the building’s educational and ministerial facilities. They broke ground on May 29, 1977, and the cornerstone was laid on September 25th, 1977.

As Uxbridge Township flourished over the next 20 years, so did God’s abundant blessings on the community of Uxbridge and our Baptist Church. Once again, there was a great need to expand the Church facility. In 1996, the plans were in place; the sanctuary roof was removed and the chapel was repositioned from North-South to face East-West. This new layout would allow the sanctuary to seat approximately 500 worshipers. A new wing of nursery rooms was added on and the kitchen was updated. A Service of Dedication and Celebration was held on September 15th, 1996.

Above all UBC seeks to …